Food, diet, and body obsession have been a large part of Heidi’s life from her youth. During adulthood, at one extreme, her weight escalated to 280 pounds. At the other extreme, she dieted and exercised her way to an unhealthy place. Her every thought revolved around getting and staying thin and fit. In fact, all of her dieting efforts chained her heart more to thoughts of food, her body, and the elusive goal of finally feeling ok in her skin.

Women’s Day magazine included Heidi in a piece about “Online Dieting” in 1998, but no matter how thin she became and how great the breadth and depth of the applause, she didn’t experience the reality of Galatians 5:1, which says, “It is for freedom that Christ has set you free” (NIV). Even when at a healthy weight for her height and age, Heidi was far from mentally and spiritually healthy. Dieting had treated only a symptom of a much deeper issue, intensifying the emptiness in my heart that clamored to be heard.

In 1999 Heidi began to rely (imperfectly) on her body’s physiological signals of hunger and satisfaction to determine when she needed to eat. In 2001, Thin Again, by Arthur and Judy Halliday, was used by God to begin to get to the root of Heidi’s challenges with eating, food, and body image. She began to learn that forgiving people for many of the traumas of her past unlocked the healing that God intended for Heidi in the present.

As she continued to learn and study more about the approach taught by the Hallidays, Heidi discovered that God-given signals for hunger and satisfaction really were reliable indicators telling her when she needed to eat. Heidi discovered that feeding physical food to spiritual and emotional hunger had long been her habit. She learned how to feed head hunger and heart hunger what they truly needed, while sitting at Jesus’ feet.

Having written diet, food, and body-related devotions for an online audience since 1998, in 2001, Heidi’s online devotional writing was noticed by the Hallidays. The Hallidays needed a collaborator for their revised version of Thin Within (W publishing, 2002, 2005). Together, Heidi and the Hallidays crafted years of Thin Within workshop material into the Thin Within book that has been read by thousands of people. 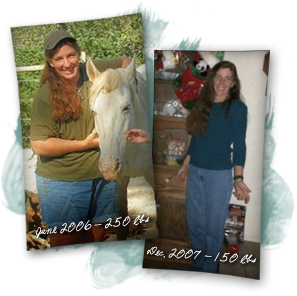 Continuing this partnership in 2002, Heidi provided the initial content for the curriculum and numerous Thin Line magazine articles when the Thin Within Company was launched in 2002. Heidi’s testimony was included in the video series that Thin Within sends out to new Thin Within group leaders for discussion purposes. These videos are also accessible on YouTube.

Consistency was not Heidi’s strength as she returned to obesity. By 2006, her weight escalated again to 250 pounds. Fearful that her obesity would result in an early death, she scrutinized carefully the underlying causes of her tendency to misuse food again and again, even when she knew the consequences could be dire.

During the latter part of 2006, Heidi began to commit afresh to processing some of the deeper causes of her overeating and applied herself to eating between the parameters of hunger and satisfaction. She released 100 pounds in just over a year and availed herself of God’s complete healing. She discovered that the most vital part of her healing from disordered eating was found in stillness and quietness with the Lord. Heidi chronicles her journey and supports Thin Within participants at God Is Doing A New Thing, a website Heidi maintains specifically for that purpose.

One of the most important messages that the Lord has given Heidi during her own journey is this:

“God doesn’t call you to be thin; He calls you to be His.”

As we seek first His kingdom and His righteousness, we discover that all the things that he encourages us not to worry about (what we will eat or drink or what we will wear) do take care of themselves. As we develop and nurture a heart sold out to the Lord, He becomes our sufficiency, our strength, our provision, and our portion.